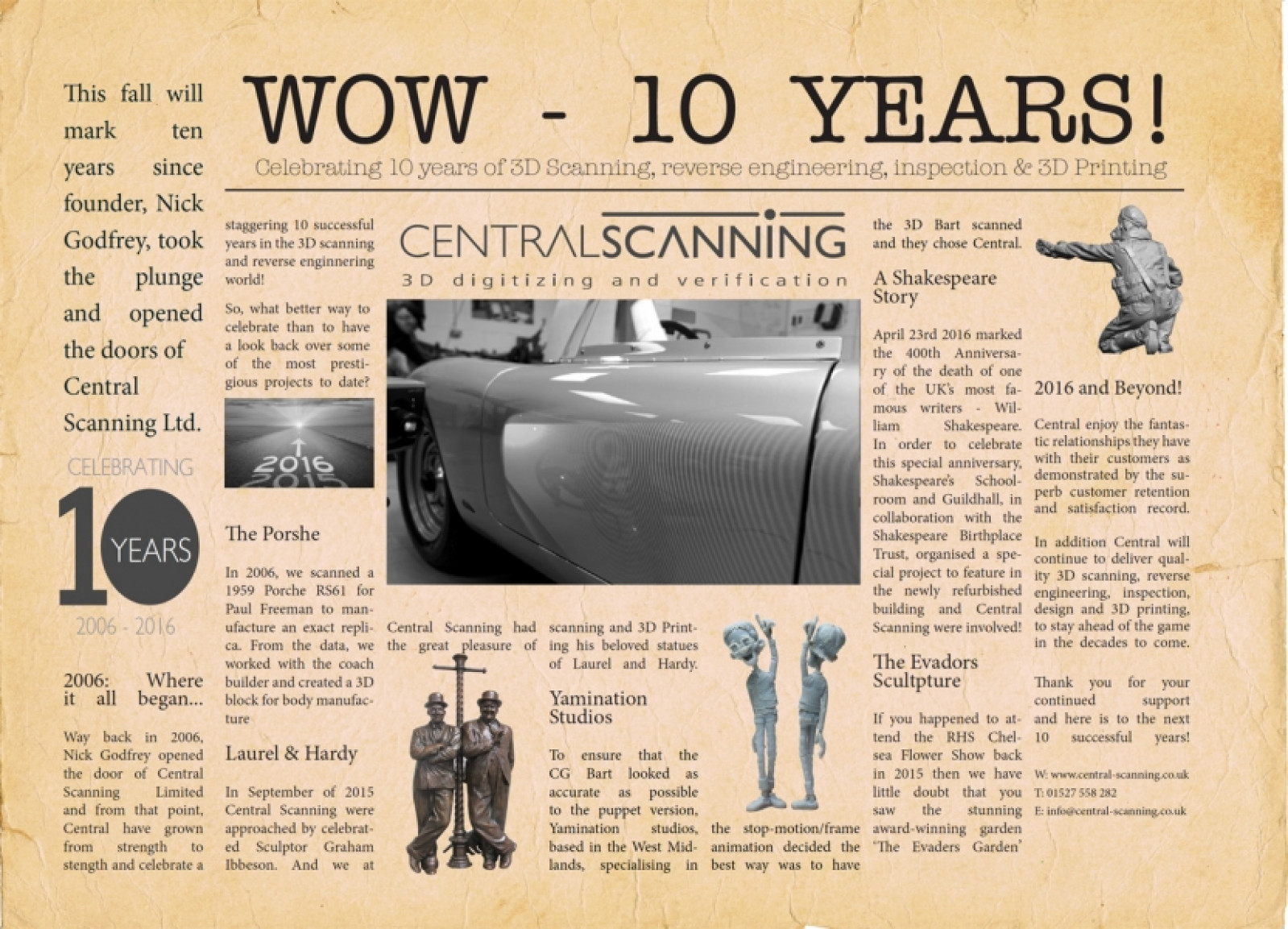 This fall will mark ten years since founder, Nick Godfrey, took the plunge and opened the doors of Central Scanning Ltd.

Way back in 2006, Nick Godfrey opened the door of Central Scanning Limited and from that point, Central have grown from strength to strength and celebrate a staggering 10 successful years in the 3D scanning and reverse engineering world.

So, what better way to celebrate than to have a look back over some of the most prestigious projects to date?

In 2006, we scanned a 1959 Porsche RS61 for Paul Freeman to manufacture an exact replica. From the data, we worked with the coach builder and created a 3D block for body manufacture.

In September of 2015 Central Scanning were approached by celebrat­ed Sculptor Graham Ibbeson. And we at Central Scanning had the great pleasure of scanning and 3D Print­ing his beloved statues of Laurel and Hardy.

To ensure that the CG Bart looked as accurate as possible to the puppet version, Yamination studios, based in the West Mid­lands, specialising in the stop-motion/frame animation decided the best way was to have the 3D Bart scanned and they chose Central.

In order to celebrate this special anniversary, Shakespeares School­room and Guildhall, in collaboration with the Shakespeare Birthplace Trust, organised a spe­cial project to feature in the newly refurbished building and Central Scanning were involved!

If you happened to at­tend the RHS Chel­sea Flower Show back in 2015 then we have little doubt that you saw the stunning award-winning garden The Evaders Garden.

Central enjoy the fantas­tic relationships they have with their customers as demonstrated by the su­perb customer retention and satisfaction record. In addition, Central will continue to deliver qual­ity 3D scanning, reverse engineering, inspection, design and 3D printing, to stay ahead of the game in the decades to come.

Thank you for your continued support and here is to the next 10 successful years!